ODERBAU: Rising From the Ashes, the King of Green Furniture

ODERBAU: Rising From the Ashes, the King of Green Furniture
Who Does Sunkist Work With?
Happy Birthday Ken!

Ｗhat is Polyurethane Foam? And How is It Made?

What is polyurethane foam? Consumers and manufacturers alike may want to know the answer to this question. Are you a polyurethane foam technician, a plant manager, or the owner of the foaming plant itself? Do you want a stronger foundational understanding of how polyurethane flexible foaming actually works?

This article will detail the fundamental elements of polyurethane foaming, particularly as it applies to continuous flexible foaming.

At its most basic, polyurethane foam does two things in the factory. From the liquid stage it:

The liquid first expands as air bubbles are introduced, then a secondary reaction gels, or hardens the material at some point in that expansion.

So how does it expand and gel?

Part I: Isocyanates and Polyols

(Functional groups are basically ways to recognize huge molecules in organic chemistry. Certain combinations of certain elements react in specific and predictable ways, e.g. a molecule with an −OH group will have a high boiling point.)

In the world of foaming, the two most common isocyanates are TDI (for flexible and semi-rigid foaming) and MDI (for rigid foaming). Let’s use the shorter terms “TDI” and “polyol” for the rest of this article.

There are plenty of articles out there that break down the hard chemistry of this reaction. For our purposes, let’s just take note of the fact that when TDI and polyol react, and they both have multiple functional groups per molecule (the “DI” stands for diisocyanate, or two isocyanates, and polyol obviously contains multiple hydroxyl groups), they form branched or cross-linked polyurethane. This is the start of our polyurethane polymer.

A polymer is a big, or macromolecule composed of multiple subunits. If unit A links with another unit A links with another unit A, they make a linear, unbranched polymer. If unit A can link at once to two other unit A’s, they make branched and cross-linked structures. To compare their functional difference, just imagine climbing a rope versus climbing a ladder. The rope may be strong, but is structurally susceptible to bending and reshaping. Conversely, a ladder has multiple points of tension that allow for weight distribution. This manifests as elasticity, where the material can be twisted and stretched to certain degrees and still return to its original shape.

Alright, so TDI + polyol has made our polyurethane polymer, which now can be expanded to make foam. To do that, we add water. Isocyanate is highly reactive, and produces two things with water: urea linkages/urethane, and carbon dioxide (CO2) gas.

This is part two of our basic process: the gelling, or gellation of our material. This means the polyurethane is secured to a definite shape.

The CO2 is considered our primary blowing agent. As a gas, it blows little air pockets into the PU to form the foam. Just like blowing soap bubbles though, there is a point when the liquid casing cannot withstand the pressure of the air inside and bursts.

Here’s where gellation comes in, and why it’s so important. To successfully make material foam, the polyurethane must gel into shape once air has been blown to it. It’s harder than it sounds, and it’s also why foam technicians can make or break your factory production. The art of foam-making revolves around this sensitive balance between expansion, or blowing, and gelling.

Once they’re formed inside the polyurethane, we’re going to call the air bubbles cells. If the foam expands and gels before any air bubbles burst, you get closed-cell foams, which are semi-rigid (not truly rigid like foam made of MDI) since the material doesn’t bend as easily. To go back to our ladder metaphor, closed-cell foams are like wood ladders, whereas open-cell foams are like rope ladders. If some or all cell walls are allowed to rupture before gellation, you get a much more flexible material that bends, twists, and even breaks easier.

So what is polyurethane foam? Basically: TDI, polyol, water, polymer, open versus closed-cell. That’s the baseline, and now we’ll introduce the additives. 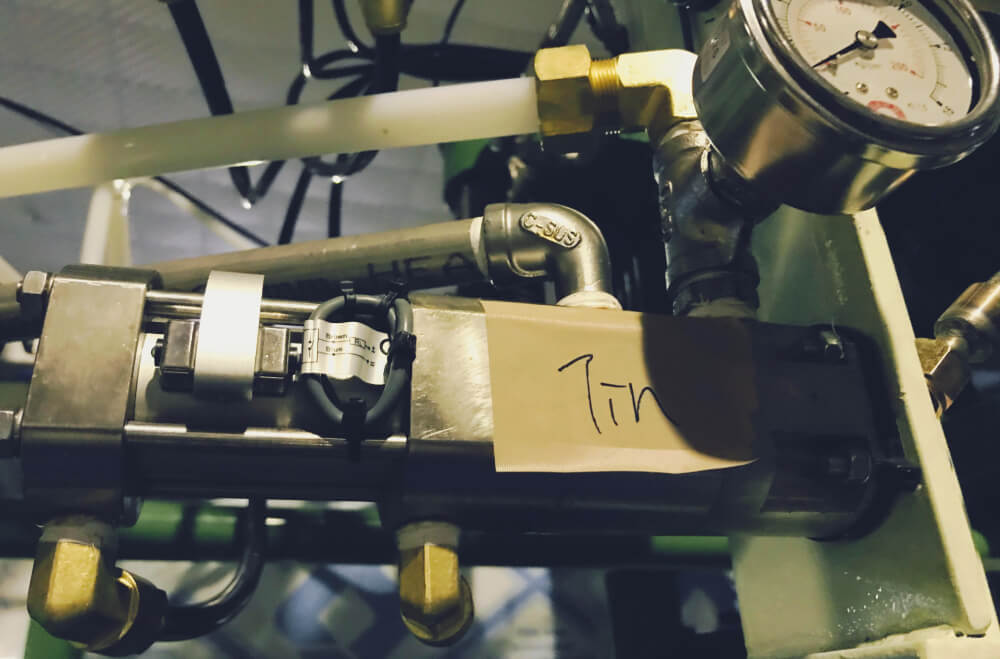 Let’s break down PU foaming additives by function. One of the most important additives is the catalyst, which can affect the basic reactions in several ways. It can speed the expansion, speed the gelling, cool the reaction (so you have less of a fire hazard on your hands), etc. There are also curing agents, which include chain-extenders and cross-linking agents. Chain-extenders, like their name suggests, extend polymer chains, which increases material flexibility. Cross-linking agents promote and strengthen cross-linkages, increasing structural integrity for more rigid foams.

Think of surfactants like emulsifiers. Oil and water on their own do not mix, but once you add some dish soap, they can be emulsified into a uniform mixture. Surfactants work like the soap. A more uniform mixture means a smoother reaction, and you get more even cell sizes, steadier reaction speeds, and finer control between gellation and foam collapse.

(The reason they’re called surfactants is because they reduce the surface, or interface tensions between two compounds. As in, the oil doesn’t just sit neatly on top of the water—surfactants blend that interfacing surface between them.)

Remember that CO2 gas from the reaction with water acts as a blowing agent? Well, other blowing agents may also be used or added. The main inconvenience of water blowing is the high temperature of the reaction, making PU foaming a fire hazard. Physical blowing agents (additives that physically encourage the expansion of cells instead of that initial CO2, which is chemically blown) reduce that fire hazard.

A similar class of additives is fillers. They come as particles or fibers. Particulate fillers can reduce flammability and add weight to foam (good for cushioning foams). Fibrous fillers reinforce cell structure. All fillers function to 1) add physical properties like tensile or compressive strength to foam, and 2) save on costs by reducing the amount of liquid chemicals used per batch. 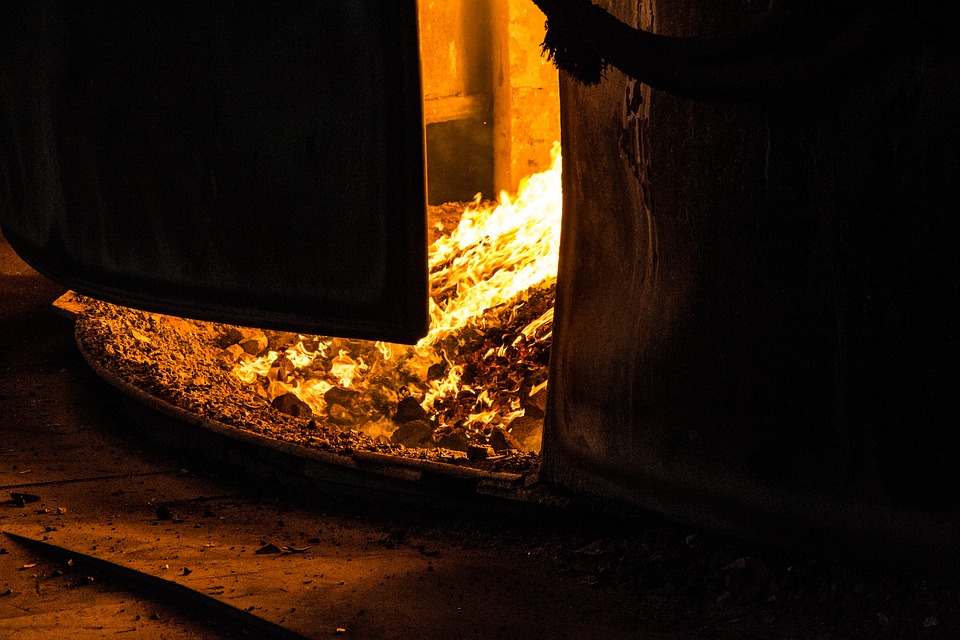 (Final aside: a class of additives we won’t get into detail about here is colourants, because simply, they just add color to your foam.)

Let’s have a concrete example. Here at Sunkist, this is our prototypical flexible foaming recipe:

Now we understand what each element does during the foaming process. TDI + polyol begins the creation of polyurethane. A mixing head first injects small amounts of air into the liquid mix to kickstart the foaming process. TDI + water chemically produces the CO2 gas that blows the liquid into foam. In addition, we add MC so that less water is used in the initial reaction and the overall reaction temperature is lower, all while cell expansion is retained.

And there we have it! Sunkist’s answer to the question “what is polyurethane foam,” laying out every basic element of the recipe. The chemist remains the true expert on ingredient quantities. However, if every foam technician, machine operator, and even factory owner has a foundational understanding of what’s actually going on in a foaming machine? Your plant will have built-in, well-informed quality-control in every step of the production process.

Want to keep up to date on our company news? Take 1 minute to fill out the form below.

Menu
Facebook-f Linkedin-in At Youtube
Menu
Copyright © 2022 Sunkist Chemical Machinery Ltd. All rights reserved.
We use cookies on our website to give you the most relevant experience by remembering your preferences and repeat visits. By clicking “Accept All”, you consent to the use of ALL the cookies. However, you may visit "Cookie Settings" to provide a controlled consent.
Cookie SettingsAccept All
Manage consent

This website uses cookies to improve your experience while you navigate through the website. Out of these, the cookies that are categorized as necessary are stored on your browser as they are essential for the working of basic functionalities of the website. We also use third-party cookies that help us analyze and understand how you use this website. These cookies will be stored in your browser only with your consent. You also have the option to opt-out of these cookies. But opting out of some of these cookies may affect your browsing experience.
Necessary Always Enabled
Necessary cookies are absolutely essential for the website to function properly. These cookies ensure basic functionalities and security features of the website, anonymously.
Functional
Functional cookies help to perform certain functionalities like sharing the content of the website on social media platforms, collect feedbacks, and other third-party features.
Performance
Performance cookies are used to understand and analyze the key performance indexes of the website which helps in delivering a better user experience for the visitors.
Analytics
Analytical cookies are used to understand how visitors interact with the website. These cookies help provide information on metrics the number of visitors, bounce rate, traffic source, etc.
Advertisement
Advertisement cookies are used to provide visitors with relevant ads and marketing campaigns. These cookies track visitors across websites and collect information to provide customized ads.
Others
Other uncategorized cookies are those that are being analyzed and have not been classified into a category as yet.
SAVE & ACCEPT
Scroll to Top